Oarsome Squad off to State Championships 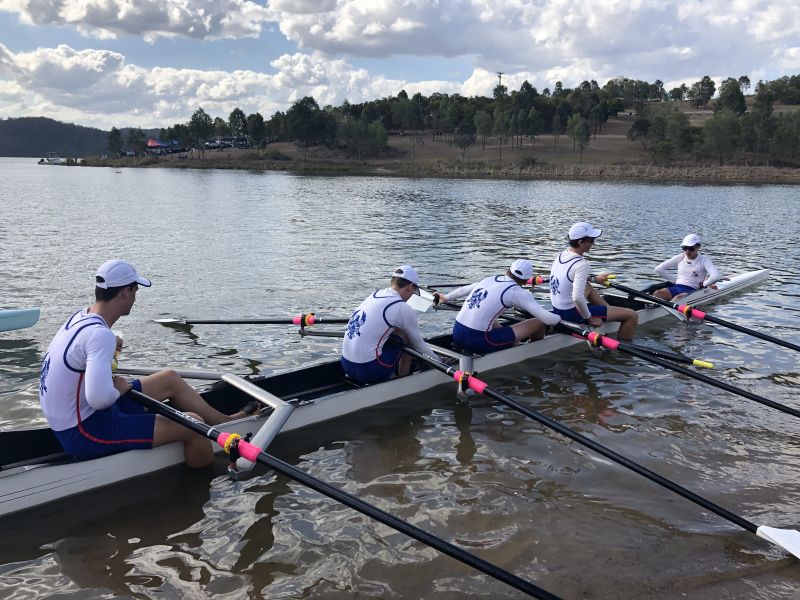 31 Students from Ignatius Park College will be making the journey to Brisbane on Thursday where they will compete in the Queensland State School Championships 2019 at the Wyaralong Dam.  The Regatta will host schools from all over Queensland including Saint Margaret Mary’s and Saint Patricks College from Townsville.  The Regatta is being held from Saturday the 21 September, concluding at 5pm Monday 23 September.

“Acting Principal Brendan Stewart, said that the College has been growing the rowing program over the past few years.  The program has become very popular with the boys training hard up to four times a week on water, and two times a week off water.”

Tracy Klaassen, the Ignatius Park College Rowing Coordinator, knows that the success of the boys is a team effort, with a great deal of gratitude going towards the dedicated parents who drive the boys to the early morning sessions before the sun rises.  “The boys are great, do not get me wrong, but the parents also put in the hard yards being there as the teams support.  The boys have worked so hard to go down to the State Championships and have rowed thousands of kilometres.  They are so excited to be rowing in their own College boats for the first time, said Tracy.  With recent additions of the eight-rowing boat donated by Mr Rick Sivyer a board member of a fellow Edmund Rice Australia School, Gregory Terrace.

Over 20 boats will be loaded on Tuesday for the big 1600-kilometre journey to Brisbane for the State Titles.  The parents of the squad will load up the boat and trailer with all the gear to ensure they are ready to be race on the Saturday. Thanks also goes to the hard-working coaches for all their efforts, namely Head coach Harrison Parks and Boat Captain Patrick Boniface. The boys have had the added advantage this year of working with Matt Stark at Synergy to make them more competitive with physically stronger southern crews.

The team have an NQ age champion in every year level and are looking forward to a successful State Championship at the new Rowing Queensland facility Wyaralong Dam.